Start typing and press
Enter to search
Skip to content

“Since You are Gone”

I know my hours stray since you are gone;

alone, among the silent clouds each day.

I know our separation just as strong

as sinking sun grabs night; drowns in its sway.

No long forgetfulness is left to thrive.

My memory begins when you appear:

it stabs the conscience, hard,  since I survive.

Cruel logic and my reason brings no cheer.

I know about your dying; it’s a fact.

You were adrift on rivers filled with dreams;

Your somnolesense tricked by him it seems.

I know more of that black void we descend;

Apology to death,  we living tend.

Write a poem that states the things you know.  The things you “know” of course, might be facts, or they might be a little bit more like beliefs. Hopefully, this prompt will let your poem be grounded in specific facts, while also providing room for more abstract themes and ideas. 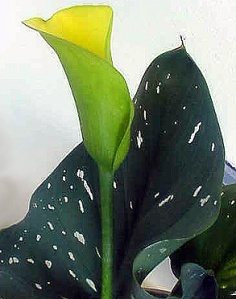 “For My Friend, William!”

Oh, William, others now have ‘attitude’.
Your sonnets broken into Flarf and sent.
The Moderns make more humble pie of you
Some call your ‘summer’s day’ a simple vent!

Oh, William, where must soulful poet step:
avoidance of all passion voids true love!
They know not of pentameter, those shleps!
Or how to rhyme expectant like the dove.

Now, rhyme, they say, a harried gambler’s chance.
Throw words, wired,  juxtaposed into the air.
The heart, then, not conditioned for romance.
Egalitarian, all poet’s share.

“There’s nothing new beneath the sun”, they squawk.
As each write through the other like a hawk.

Yesterday’s mention of “Flarf” poetry led me to write the above.)

Ezra declares the Terzanelle too long:
poems, Pound says, recall an instant image
without the aid of metrics in a song.

But life is brief and some it might enrage.
Those with a duller wit may need more time.
Poems, says Pound, recall an instant image.

Some tap their fingers, beating out the rhyme
Still, one forgets to choose the better word
who, duller witted as myself, take time.

Say no to words, sonorous, or absurd.
One must avoid abstractions in all ways.
Still, some forget to choose the better word.

Neophytes must practice and engage
the minutiae and fine point of his craft
but still avoid abstractions in all ways.

The imagist must cut things fore and aft.
Pound’s rules declare the Terzanelle too long.
The minutiae and fine point of his craft:
No need the aid of metrics in his song.

“I was a Weedy Garden, overgrown”

There comes a time in any gardener’s scope

when magic may appear; so unexplained

and such a cultivator for my slope;

I called him “Mr. Snow”, though not his name.

Reminded me of tune from Carousel.

I kept my notebook with his accolades.

While humming them, his praises taught me well

and so my sonnets grew though in the shade.

I kept this teacher’s approbation near;

his love for my fine Haiku tucked away

into some secret garden where no fear

could ever enter or find disarray.

Sometimes my weeds grow faster than my bloom

but from this patient man my metered croon.